MSCC is the voice for military spouse owned businesses all over the globe, check out our current initiatives.

Joining Forces is a White House initiative to support military families, which includes: families of service members and veterans, caregivers and survivors. A primary focus of the initiative is employment and entrepreneurship for military spouses. We are serving in this initiative as the authority on military spouse-owned businesses.

This effort to amend a proposed bill is spearheaded by our friends at MSJDN. The original bill aims to ease the voting process for military service members by way of submitting absentee ballots electronically. However, this bill is not inclusive of military family members. MSCC signed on to support MSJDN’s letter to include military family members.

The bill HR 6347 (if passed) would create a pilot procurement program to recognize military spouse owned businesses with advantage in federal government contracting. MSCC has advised, endorsed, and advocated for this bill from soup to nuts and are hoping for a positive outcome!

The Military Spouse Entrepreneur Reimbursement Act (if passed) will provide reimbursements for qualified costs directly related to PCS orders including: business licesnses or permits, moving services for equipment, equipment removal, new equipment purchases, information technology expenses, and inspection fees. MSCC advised/endorsed, and is hoping for a place in the next NDAA!

2021 Year of the Military Spouse Entrepreneur

The 2021 Year of the Military Spouse Entrepreneur is a social awareness campaign designed to drive awareness and support to military spouse owned business. We are advocating at the highest levels to have “Military Spouse Owned” become a recognized category both in the private sector Billion Dollar Roundtable and public sector for government contracting.

Employer Provided Backup Childcare Benefits (Carillo). California employers with over 1,000 employees would be required to offer 60 hours of paid backup childcare benefits to employees. This benefit would resolve a major childcare issue, increases employee retention (especially of women), and only costs the employer ~$50 per employee.

Our COO Jaime Chapman is working to include military spouses as a beneficiary of G.I. Bill benefits, unused by the service member, to financially support entrepreneurship ventures. In H.R.4991 the Post-9/11 Veteran Business Acceleration Act, allows service members to elect fincial assistance to establish a business in lieu of educational assitance through the pilot program.

Our team members Stephanie Brown and Jaime Chapman have been working on an initiative with the Army’s Soldier for Life program to establish co-working spaces on Army installations across the nation. We’re looking at you Navy.

Our CEO Stephanie Brown has been working on an initative to get military spouse owned products into AAFES (Army and Air Force Exchange Service). Through The Rosie Network, Stephanie has been working to bring qualified veteran and military spouse-owned products into the AAFES supplier diversity chain and the AAFES National Diversity Veteran Small Business (NDVSB) eMarketplace.

Maria McConville, wife of the U.S. Army Chief of Staff, created MSETF to tackle the Home Based Business registration process, and SOFA barriers for overseas military spouse entrepreneurs. Thanks to MSETF, our founding team met and decided to create the Military Spouse Chamber.

Our honorary Board of Advocates is a powerhouse. We are lucky to have each and every one of these individuals affecting positive change within the military spouse business community. 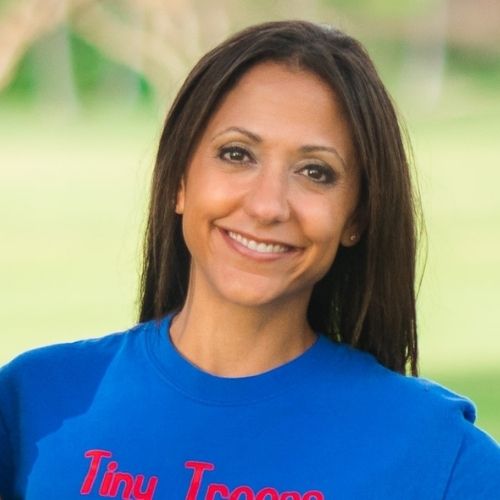 Amy Schweizer played for the Cincinatti Ladyhawks, a team in the women’s division of the United Soccer Leagues (USL). She also interned for the Philadelphia 76ers professional basketball team, with an opportunity lined up to work with the Jacksonville Cougars professional football team when her Marine entered the picture.

Amy is an USMC military spouse of 10 years, mom to three boys, and an expert in youth sport development, with experience in program creation, coaching and program management, and the professional sports industry. She has a B.S. in Finance and M.S. in Sport Management, with certifications in group fitness, behavior change, and fitness nutrition. She is the Founder and Owner of Tiny Troops Soccer, a developmental program for children ages 1-8 with 35 locations worldwide. She loves creating physical activity programs that benefit the overall well-being of military children, families, and the surrounding communities, and is a passionate advocate for military spouse employment. She has recently published her first book – “I Will Be Okay – Adventures of a Military Kid”.

In the annual survey Amy provides to the participants of Tiny Troops, 63% of parents reported their children having less anxiety and acclimating better to new duty station, 94% reported improved happiness/well-being, and 86% reported increased confidence in group settings through participating in the program. Amy has employed over 100 military spouses thus far, which is one of her proudest accomplishments to date. 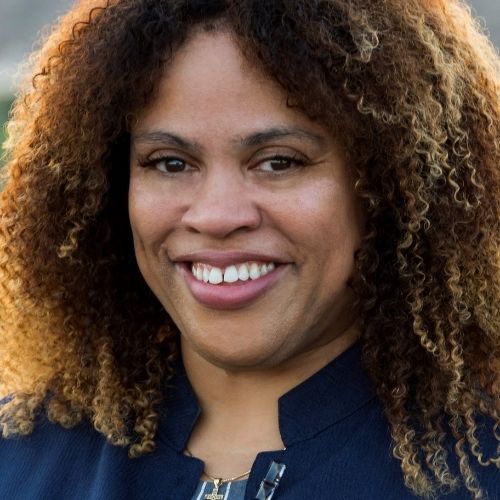 Rebecca’s passion for delivering diversity and inclusion-based training has been honed through her personal experiences with unconscious and implicit bias – beginning with her early years covering the activities of the U.S. Defense Department Advisory Committee on Women in the Services, and including her role as a communications associate with The American Federation of State, County and Municipal Employees. She has worked with countless partners during strategic planning sessions in diverse communities across America, and she has developed communications and training programs emphasizing cultural, racial, generational, historical, and unconscious bias complexities.  Rebecca uses her naturally dynamic and engaging personality and her life-experiences when facilitating courses to immediately establish rapport and credibility with participants. Her ability to relate to participants and recount first-hand stories of the impact felt by racial injustice and implicit bias keeps participants engaged throughout training, and ensures clients a solid game plan for their organizations. 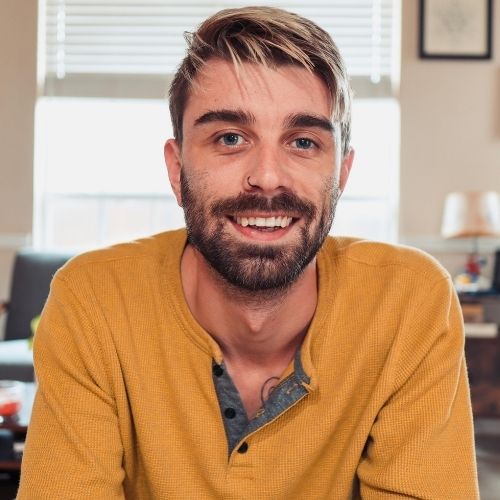 Hey there! I’m Joey Moehrholt, my pronouns are They/Them. I am a queer Army spouse, located for now at Fort Hood. With my husband enlisting in the Army in 2015, I arrived at Fort Gordon and saw a gap in the military spouse community and advocacy for LGBTQ+ spouses.

By trade, I am a digital marketing specialist with a passion for social media, but as an Army spouse, I saw how yoga helped me through PCS and life changes- becoming a yoga teacher in 2017 while at Fort Bragg. Now Director of Communications at Mindful Yoga Therapy, a non-profit company bringing clinically tested and empirically informed yoga teacher training to help those who have experienced traumatic events and PTSD.

As a queer spouse, I look to create advocacy for the untapped LGBTQ+ spouses as well as Male spouses in our vibrant community. 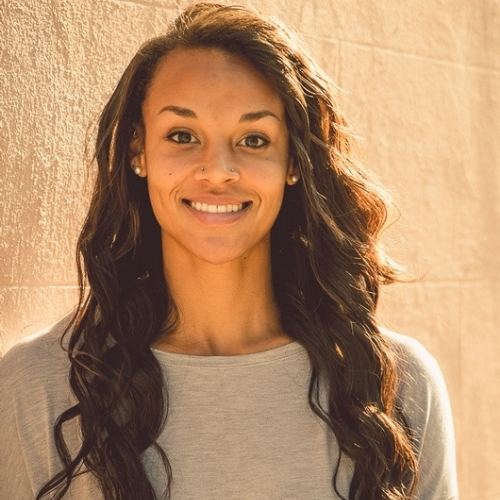 Chantae is a proud US Army spouse and mom, she has been a track and field athlete for almost 18 years. After graduating in 2006 from Rolla High School in Missouri, she competed collegiately at the University of Nebraska and began competing in the heptathlon. The heptathlon is 7 events that are over a 2 day period. Day 1 consists of the 100m hurdles, high jump, shot put, and the 200m dash. While day 2 has the long jump, javelin, and the 800m run. After progressively getting better each year, Chantae decided to continue her career as a professional track and field athlete.

In 2011, right after graduating college, she blew out her patellar-tendon while competing in the high jump. This injury required rehab for 6 months, where she truly learned what being disciplined to reach a goal looked like. In the Summer of 2012, 9 months after the injury, Chantae achieved a lifelong goal of qualifying for the United States Olympic team.

After training 10 years as a heptathlete, she decided to solely focus on javelin with an aim of making the Olympic team in javelin and winning a medal. This is no small task and it will be hard, but that is more the reason why she decided to train for javelin.​

Chantae’s hometown is Rolla, Missouri, where she has so much support and so many people who she wants to make proud. She used to train in Dayton, Ohio, but will be training in greater DMV area this year.

Why Advocate for Military Spouses?

Military spouses play a silent role in support of our Armed Forces… The result?

Among the top unemployment rates in the country, without national recognition as a protected class.

Unemployment remained statistically unchanged from 2012-2019 at a rate of 22-24% before the pandemic with estimates as high as 38% during Covid-19.

Of ALL MilSpouses are Self Employed, Business Owners, or Aspire to Be

Of Milspouse Entrepreneurs Feel it's Right for Their Family

Of Milspouse Entrepreneurs Would Hire Other MilSpouses

Nearly half of ALL military spouses turn to business ownership or self employment as a viable career option. Of over 2,000 military spouse entrepreneur respondents, 87% believe that entrepreneurship is the right choice for their family.

Not a Small Niche, but a Mighty Force!

There are roughly 12 million military spouses…

Spouses of Veterans in the U.S.

Milspouses who are are Unemployed

Breaking Down the Numbers

12.2 Million – Military Spouses in total, defined as the spouse of a veteran or currently serving member of the U.S. Armed Forces.

22 – 24% – Military Spouse unemployment rate — This crisis-level percentage was PRE-pandemic! Estimates for post-pandemic are as high as 35%, but we do not have clear data after the onset of COVID-19.

Currently employed military spouses are related to an increase spousal support to stay in the military. 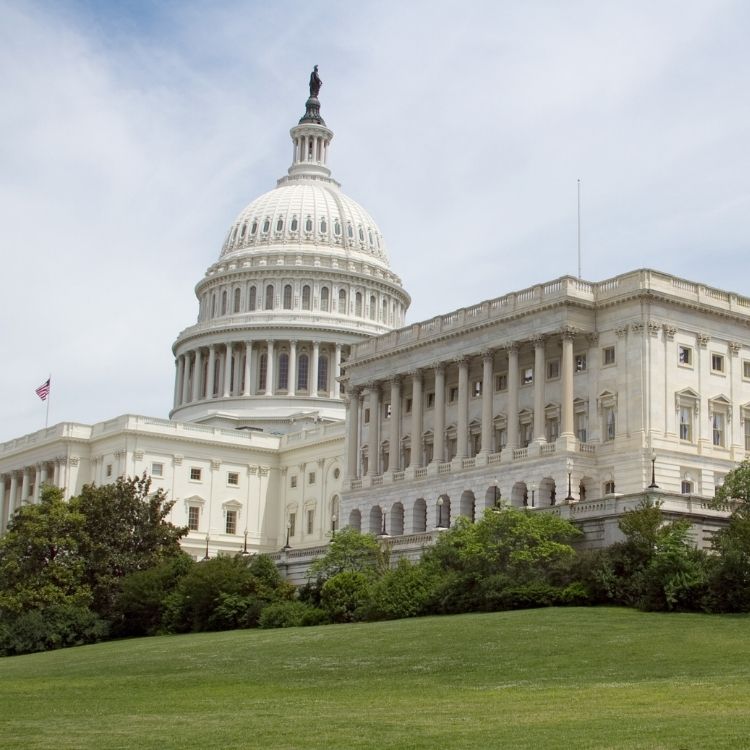 It’s Time to Amplify the Voice of Military Spouse Business

We are working on a lot of initiatives ourselves, and in collaboration with a number of organizations. To make positive impacts we believe in “the more the merrier” ideology. There is room at the table for your voice.

We fly very close to the sun here, sometimes there are issues lurking right under our noses that we may not have thought of. Please email jchapman@milspousechamber.org to submit your ideas for initiatives we can help you advocate for.

Entrepreneurship isn’t right for every military spouse. We are here to shepard military spouses in the direction that is best for their career, whether it’s founding a business, or not.

Entrepreneurship is a Lifestyle

Entrepreneurship is just as complex as being a military spouse. We are here to build confidence on the business side of things, so milspouse entrepreneurs can enjoy their military families in their spare time.

We never stop thinking about military spouses, and the life they live each day. Our entire mission is to be the one stop shop, so we can ease their journey to success. We are here to drive economic prosperity, health, and wellbeing for military spouses.

Amplify the Voice of the Military Spouse Owned Business