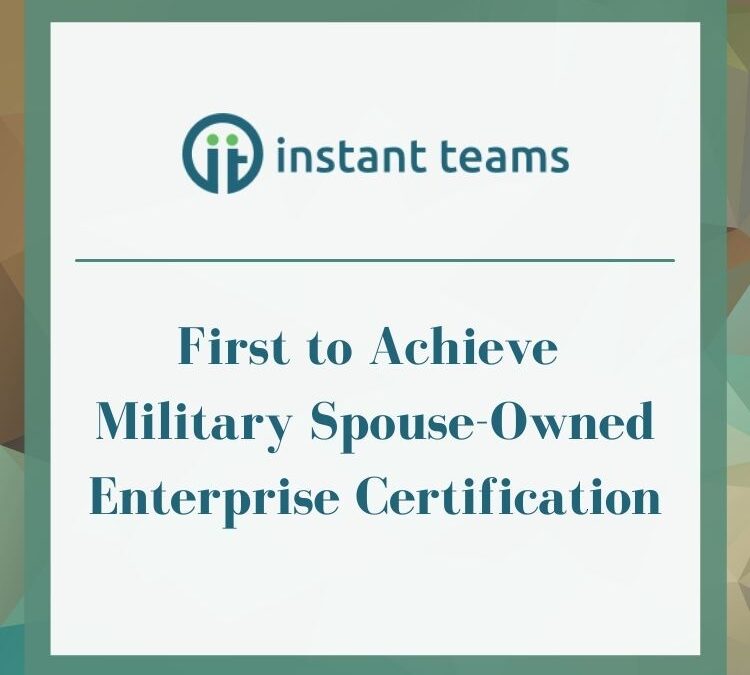 U.S. military families give up a lot in the name of freedom with frequent relocations, time away from family, and the difficult reality of maintaining a career with tenure. Standing alongside our nation’s service members are military spouses who bear the weight of the family and the military lifestyle. Secure employment for spouses continues to be an enduring sacrifice with military spouse unemployment being four times the national average, pre-pandemic.

The military spouse demographic is huge, with approximately one million spouses of uniformed service members currently serving on active duty, or in the guard and reserves forces. There are also 18 million veterans in the United States, whose spouses face the impacts of lost earnings during prime career years that compound over time, and now face problems finding viable retirement solutions.

With so many military spouses turning to entrepreneurship, Stephanie Brown, CEO of the U.S. Military Spouse Chamber of Commerce, believes that enabling military spouse-owned businesses is a solution that kills two birds with one stone.

Brown said: “Veteran and military spouse business owners are 10x more likely to hire fellow veterans and spouses. By empowering these individuals with meaningful training and mentorship, we are impacting their families, their communities, and our nation’s economy.”

“At Instant Teams, we’ve successfully scaled to over 300 remote employees, closed 2 rounds of funding, and are strongly positioned in the B2B space with customers like Walmart, the USO, the Air Force, and Seesaw. Military-centric values and service leading the way.”

“Supporting and investing in military spouses is central to Instant Teams’ mission, and to founders Liza and Erica’s identities,” says Guy Filippelli, Instant Teams board member and Managing Partner of Squadra Ventures. “We are proud that Instant Teams is the first company to earn the MSE certification and excited for them to continue their work to support military spouses and their customers.”

Hiring military spouses is a good business decision for any company.

Since 2012 military spouse unemployment remains statistically unchanged. It’s time to look at the entire picture, including the 48% of military spouse entrepreneurs in the campaign for military spouse careers. Supporting enterprise with military spouse-owned companies is a win-win movement for business. By economically empowering the military spouse, it directly impacts the quality of life for the service member, influencing higher military retention rates and national security.

McMannes concludes: “If you’ve never witnessed the firsthand value and impact that military spouse owned businesses can bring to companies and communities across the world, you’re missing out. Military spouses are most often, first and foremost dedicated community contributors. This brings a deep value driven edge to all business development, innovation, and customer care happening within the ‘walls’ of military spouse owned companies… Majority of the world has no idea the power, skill, grit, and innovation that sits in this community. It’s time they know.”

About the Military Spouse Chamber of Commerce

About the Military Spouse-Owned Enterprise Certification