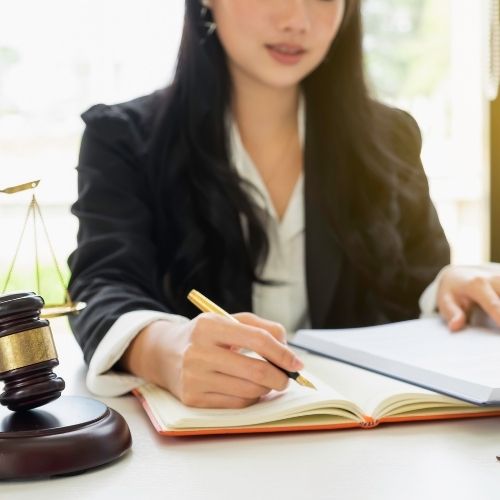 Self Employment, A Major Consideraton

If you’re reading this blog post on the U.S. Military Spouse Chamber of Commerce’s website, you probably don’t need me to tell you that the employment situation is bleak for military spouses.

Two years ago, I became a self-employed freelance writer and editor so I could choose to ramp up or ramp down my workload based on my family’s needs. My husband is a sergeant first class in the Ohio Army National Guard, and he’s often gone for days, weeks or months at a time, sometimes with little notice.

The “B Prong” Problem

I’ve learned that I need the flexibility freelance work brings, so I’m reeling over the news that the U.S. House of Representatives passed The Protecting the Right to Organize Act (PRO Act) last month. Tucked into this bill, which is mostly designed to expand union rights, is something called the ABC test. As it did in California’s AB5 bill last year, the ABC test in the PRO Act threatens the way freelancers like me choose to work because it requires the following to be considered as an independent contractor:

For me, the B prong is the problem. I am a writer and editor, so if the PRO Act were to pass, I would be reclassified as an employee in the work I do writing or editing articles for magazines, newspapers or websites because the work is not outside their usual course of business.

PRO Act supporters say the bill only adds the ABC test to labor law, which governs who can unionize, and that’s true. They say this bill does not add the ABC test to employment law and tax law, so it’s not a problem for people like me. But I fear that once the ABC test is added to one area of federal law, agencies and the courts will enforce it elsewhere. Additionally, some elected officials, including President Biden, have stated that their goal is to make the ABC test the federal standard across labor, employment and tax laws, so I fear the PRO Act is the first step towards making it the law of the land. If that were to happen, I would not be allowed to write or edit articles for magazines, newspapers or websites as an independent contractor. I’d have to be hired as an employee. I do not want to be an employee, nor do I want to potentially be forced to join a union. I want to remain a small business owner who negotiates my own rates with multiple clients.

I believe it’s a bad idea to narrow the definition of independent contracting. Military spouses — among many other groups, like single parents, retirees, students and members of the sandwich generation — need more options to make a living in a way that fits with their lives and caregiver duties. Our legislators should make it easier for us to work for ourselves. They shouldn’t make it more difficult or outlaw it altogether.

I’ve spent the past few months writing and calling my legislators to tell them I’m opposed to the ABC test being enacted in any federal law, and I urge you to do the same. Although the House passed the PRO Act in March, the Senate has not yet voted on the bill. Now is the time to share your concerns with your Senators.

Here’s a simple script you can use for reaching out via phone, email or on social media.

Subject: I oppose the ABC test in the PRO Act

Dear Sen. or Rep. [Name], My name is [Name] and I live in [City, State]. I am a military spouse and a [profession] who works as an independent contractor. I prefer this arrangement over a traditional W-2 job because [state your reason]. I understand the ABC test in the PRO Act would misclassify me as an employee, when in fact, I’m a successful small business owner. I’d like to keep my freedom to work as an independent contractor. As your constituent, I urge you to vote no on the PRO Act as-is or amend it to remove the ABC test. My career is at stake.

Not Sure who Represents you in the House or Senate?

You can find your U.S. Senators here: https://www.senate.gov/senators/index.htm.

What else can you do?

Ultimately, the most important thing you can do is call your lawmakers to explain who you are and how you will be affected by your legislators’ votes on the PRO Act. It’s literally their job to listen to you, so don’t be afraid to speak up to protect your career and those of other military spouses who choose to work as independent contractors.